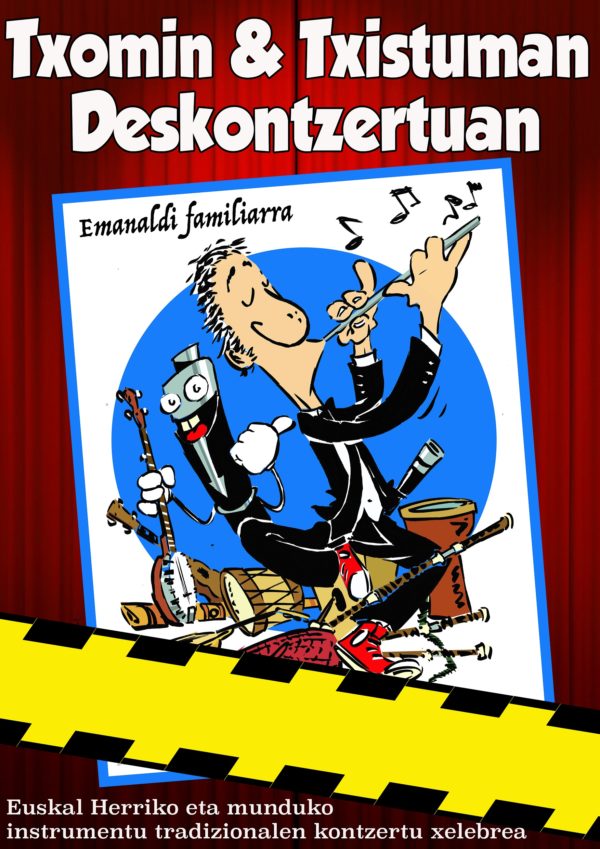 The multi-instrumentalist from Bilbao Iván Allue is the author of this didactic family show that includes theatre, live music, puppets and humour. Allue started playing the txistu when he was a child, but later he taught himself to control the tambourine, and to play other instruments such as the txirula, alboka, bagpipes, atabal, tambourine, txalaparta, whistles, Scottish bagpipes, uilleann pipe, bodhran… He was a member of the Basque and Celtic music group Drònadár for 13 years, as well as other groups. Among other artists, he has played with Carlos Núñez, Pantxoa eta Peio, Keats, Dronadar and Kherau. He has participated in the recording of soundtracks by the composer Fernando Velázquez and advertising commercials (such as La lotería de Navidad in 2016). And in theatre projects with companies such as Hortzmuga and Tartean Teatroa. Txistuman became popular during his confinement in his neighbourhood of San Inazio for going out onto the balcony every afternoon for 54 days in a row to cover a different song with wind instruments.