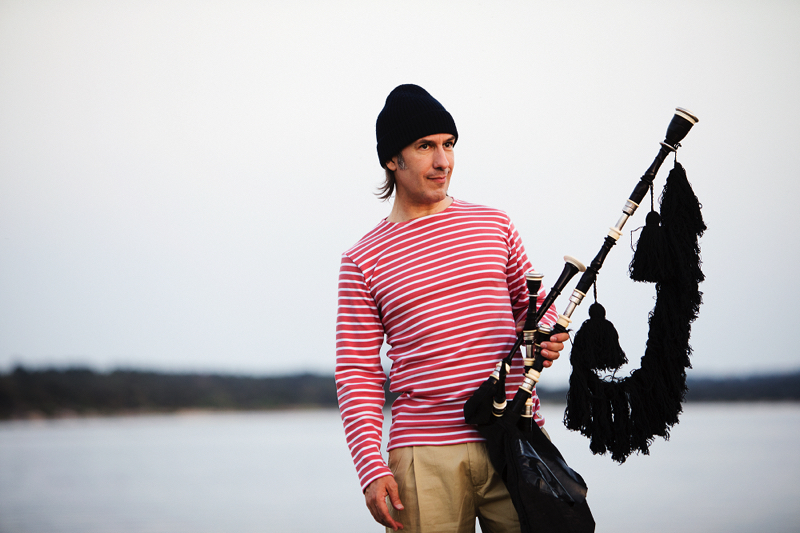 Our most international piper invites us to the celebration of the 25th anniversary of “A Irmandade das Estrelas”, his first album, which is considered a masterpiece that changed the future of traditional music in our country. Sony Music has just released a new album in which Carlos has surrounded himself with emerging musicians of all styles to musicians of all styles to vindicate the philosophy and legacy of A Irmandade das Estrelas. Consolidated artists such as Rozalén, Andrés Suárez, Iván Ferreiro, Glen Hansard, etc… but also musicians of all styles who are just starting out, accompany Carlos in this new adventure full of new and surprising music based on our deepest roots.
In his 25 years of career touring the world without rest, Carlos Núñez has released a dozen albums, of which he has sold more than 1 million copies, something unheard of for an instrumentalist and unusual for an instrumentalist and even more so playing the bagpipe, an instrument that he has elevated to another dimension, as evidenced by being the first to take it to the three great temples of music: Musikverein in Vienna, Royal Albert Hall in London and Carnegie Hall in New York.
The BBC calls him “one of the most exciting and serious musicians in the world”; Le Monde has published his photo on the front page, headlining a big Celtic night in front of 80,000 people at the Stade de France; The Times has given him 5-star reviews; and in the USA, he has been featured on the front page of the Stade de France. THE TIMES HAS GIVEN HIM 5-STAR REVIEWS AND IN THE US. The media has recurrently compared him to Hendrix and Coltrane…
He has collaborated with a wide variety of artists: from Serrat to his “countryman” Julio Iglesias, from Ry Cooder to Jordi Savall to Carlinhos Brown, passing through Luz Casal, Carmen Linares, the Caballé… or in cinema Amenábar, Saura, or his friend the composer Ryuichi Sakamoto.