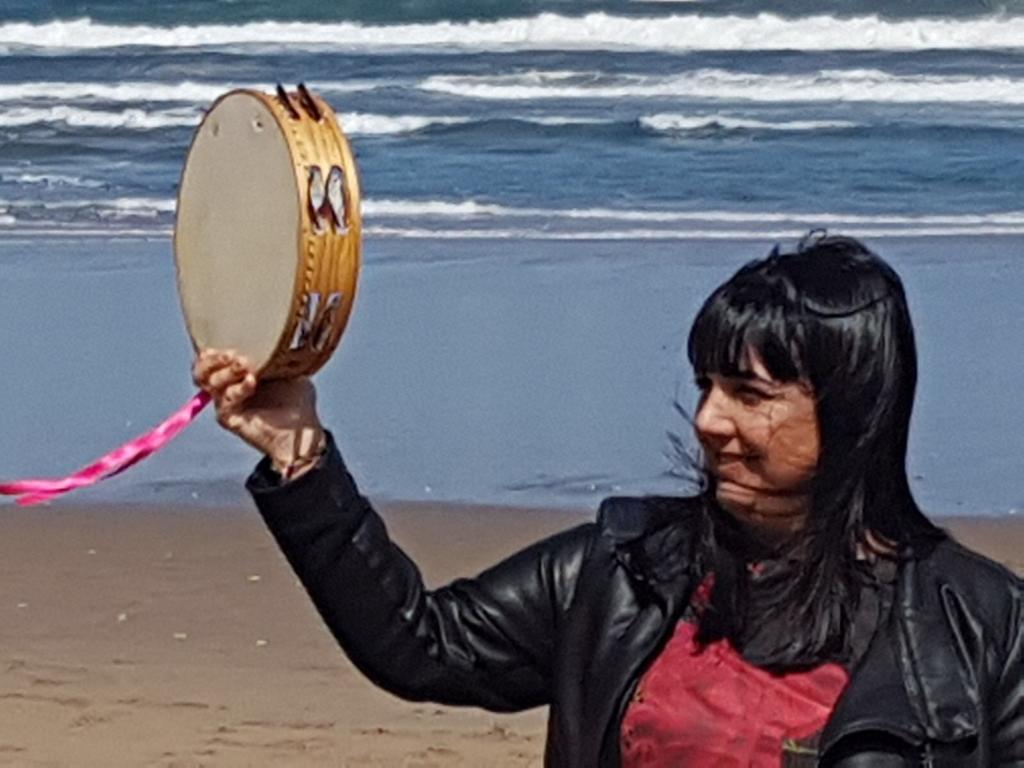 Approximately 9 years of age and older.

Eva Tejedor was born in Avilés (Asturias), at the age of 3 she already enjoys her great passion: the tambourine. She begins her musical studies with the Asturian musician Gonzalo Casielles. He studied singing in Oviedo and traditional percussion in the school of Javi Tejedor. In 1999 he records his first album Texedores de suaños produced by the prestigious Scottish musician Phil Cunningham. In 2003 he published his second album with Tejedor Llunáticos. In 2004 he recorded a live album in the cathedral square in Oviedo with Victor Manuel, Nuberu and Tejedor. In 2006 he records his third album Música na maleta, winner of 2 AMAS awards for best song and best folk music album.
In 2008 he receives from the Academia de la música in Madrid the award to the best song in Asturian for the song Seique non. In 2015 he publishes his first solo work Ramos in Peñamellera Baja and dedicates himself fully to the part of research and compilation of traditional songs.
In 2016 he receives the special bronze capercaillie. Award given by the Asturian Centre of Madrid for his project Eva Tejedor Les Pandereteres. In 2017 he collaborates with the Banda de música Ciudad de Oviedo. Fusing themes of own composition for voice and tambourine, with the classic instruments. In 2018 she won the AMAS prize for other instruments (tambourine) and the V Manegueru de Nava percussion prize. She teaches traditional percussion in the music schools of Castrillón and Grao. She teaches tambourine and tambourine courses all over the peninsula and is director of the Banda Gaitas Conceyu Grau. She has more than twenty collaborations both on record and live with nationally and internationally renowned musicians such as: Kepa Junkera, Phil Cunningham, Davy Spillane, Van Morrison, Karan kasey, Victor Manuel, Revolver … Les Pandereteres, is the latest personal project of the renowned percussionist and vocalist.
Eva Tejedor. It is made up of women whose aim is the transmission of folklore through the tambourine, with a free, open and carefree musical vision.